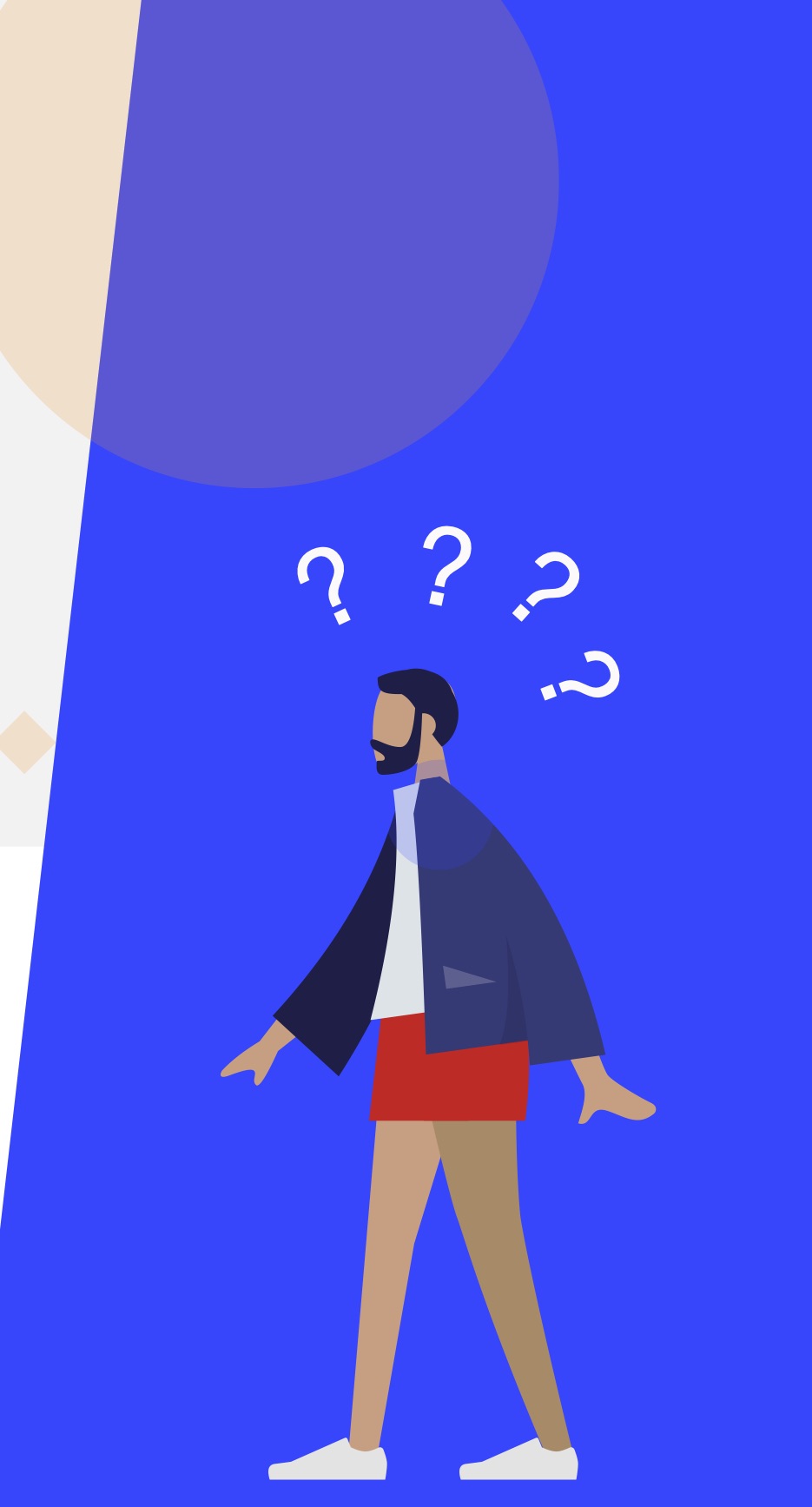 What we believe in
Our Vision

To change the narrative surrounding African contributions to STEM fields.

To give visibility to Africans in STEM on the continent and beyond in order to inspire future generations.

STEM (Science, Technology, Engineering, and Mathematics) fields play an integral role in our day-to-day lives and pervade every facet of modern day society. Africans across the globe make significant and important contributions across all STEM fields; however, until now there have been few efforts to amplify their voices. Visibility STEM Africa (VSA) strongly believes that by highlighting the numerous and diverse efforts of Africans across different STEM fields, we can start to create a new narrative surrounding Africa’s position on the global STEM landscape. Our platform aims to foster collaboration, facilitate the creation of outreach projects and most importantly, it aims to inspire the next generation of young Africans who want to pursue STEM careers.
To achieve our mission, VSA focuses on four main activities:
‍
1. Highlighting Africans across different STEM fields on the continent and beyond
2. Dissemination of information relating to studying in STEM/pursuing STEM careers including scholarships, fellowships, funding, application procedures, etc.
3. Establishing mentorship and outreach programs both independently and with partners throughout Africa to directly impact youth
4. Organizing events that help to connect Africans in STEM across the globe

Team "Ta sa/sia"
Call it coincidence or serendipity, but the founders of VSA have a similar name, have both lived in several countries (with Botswana being a shared one), and are currently pursuing PhDs in STEM fields. Together, they saw the need for better representation of Africans in STEM fields and decided to create VSA.
‍ 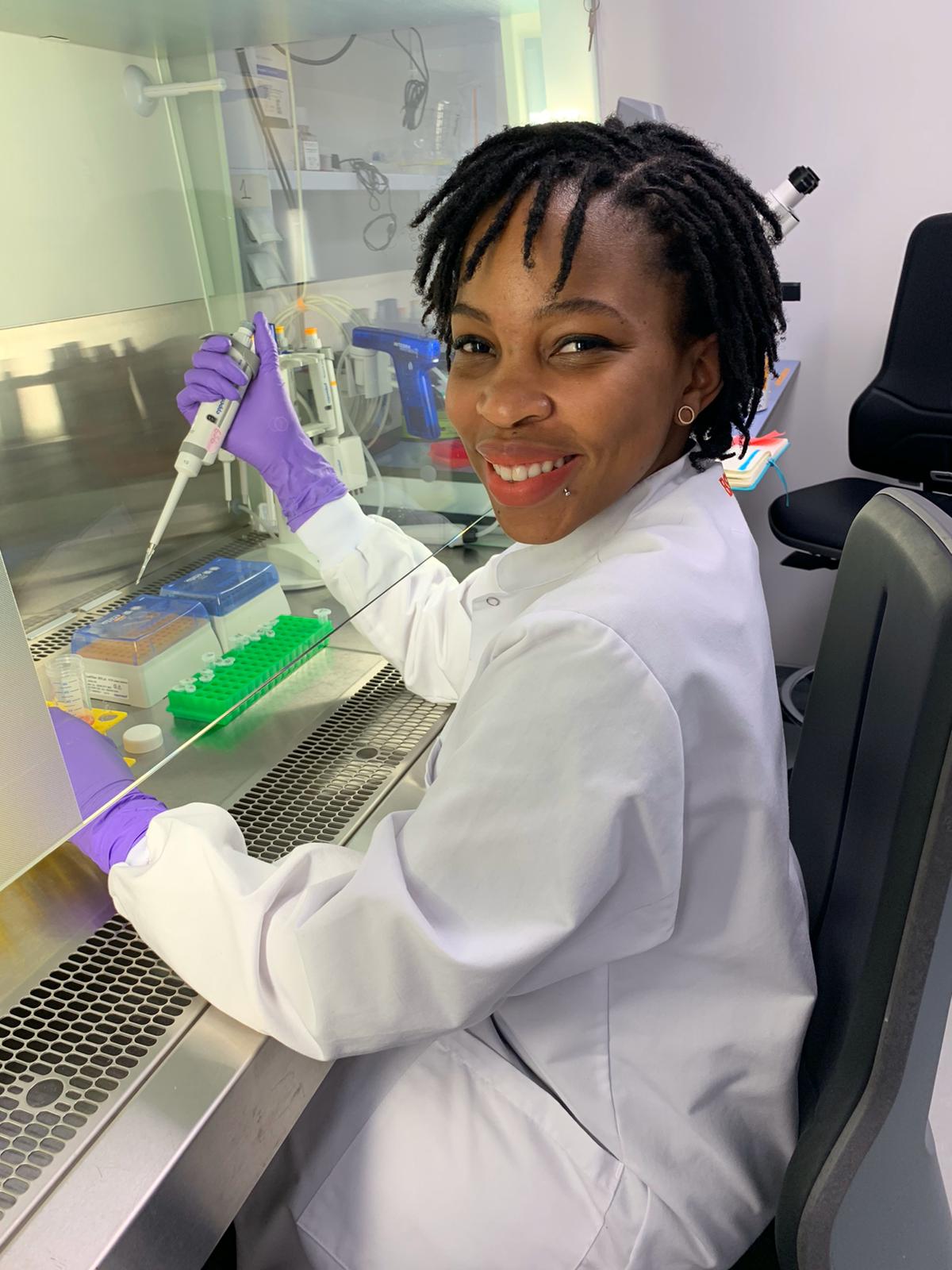 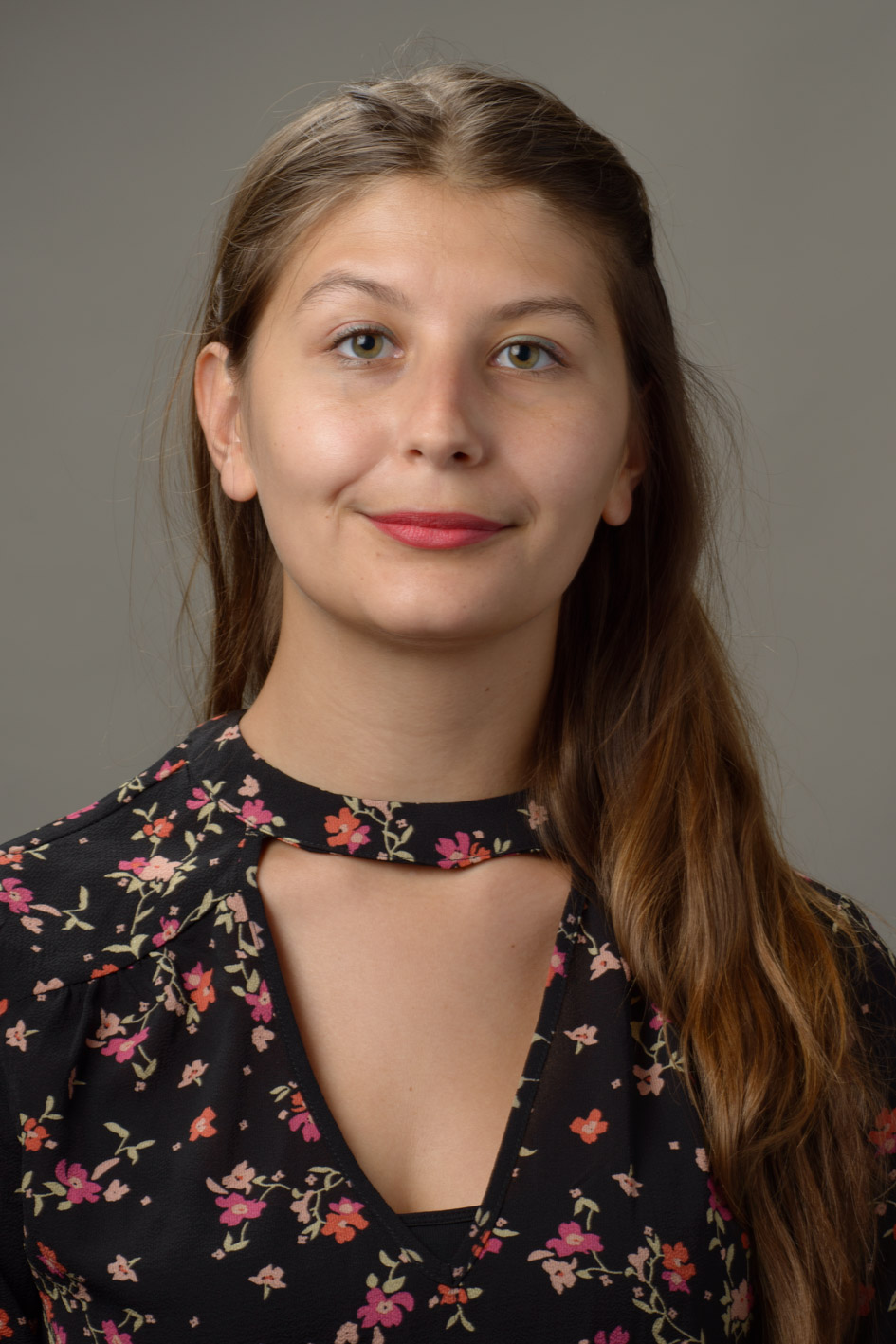 Nathasia is a highly motivated young woman currently pursuing a PhD in neurobiology at the University of Luxembourg. She hails from Harare, the capital of Zimbabwe. Her family relocated to Botswana in 1997 when she was 4 years old, and she spent the rest of her childhood there, attending Thornhill Primary School in the capital, Gaborone. During those years, she developed a deep love for the sciences and a passion for understanding how nature worked. She briefly attended Rainbow High School before her family moved back to Zimbabwe, where she then completed her high school, first at Mabelreign Girls High in Harare, and then South Eastern College in Chiredzi. In 2012, she embarked on a new journey as she began her Bachelors in Human Biology at the University of Nicosia in Cyprus. There, she graduated top of her cohort with a summa cum laude distinction. Following that, she attained a full scholarship for a Research Master’s in Molecular Mechanisms of Disease at Radboud University, Nijmegen, the Netherlands. As of April 2019, she is a PhD researcher at the Luxembourg Center for Systems Biomedicine, in Luxembourg. Her research focuses on stem cell based modeling of Parkinson’s disease. She is a dedicated advocate for underrepresented individuals in STEM.

Nataša is completing a PhD in health sciences and physics at the University of Sydney. She was born in Germany, moved to Serbia briefly and grew up in Gaborone, the capital of Botswana. She lived in Gaborone for about 10 years attending Phakalane Primary School and then Westwood International School. She completed her high school years in Dubai (Deira International School and Dubai International Academy) and Germany (Franconian International School). In 2014 she started her undergraduate degree in Medical Science at the University of Sydney, Australia. She took a gap year in 2017 to travel after completing her undergraduate degree. She also started working in the discipline of Anatomy and Histology as a tutor, curriculum coordinator/designer and for the Body Donor Programme.  In 2018 she went back to studying and completed an honours degree in Immunology. As of July 2019, she started her PhD research in the fields of eHealth, machine learning, computer-vision technology and anatomy. She is passionate about promoting the equality of underrepresented groups in STEM especially regarding equal access to opportunities.

Meet the rest of the team 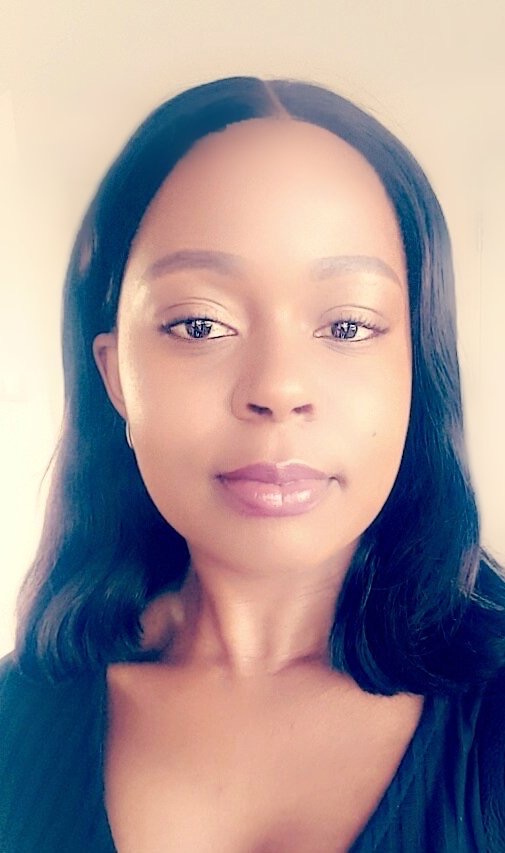 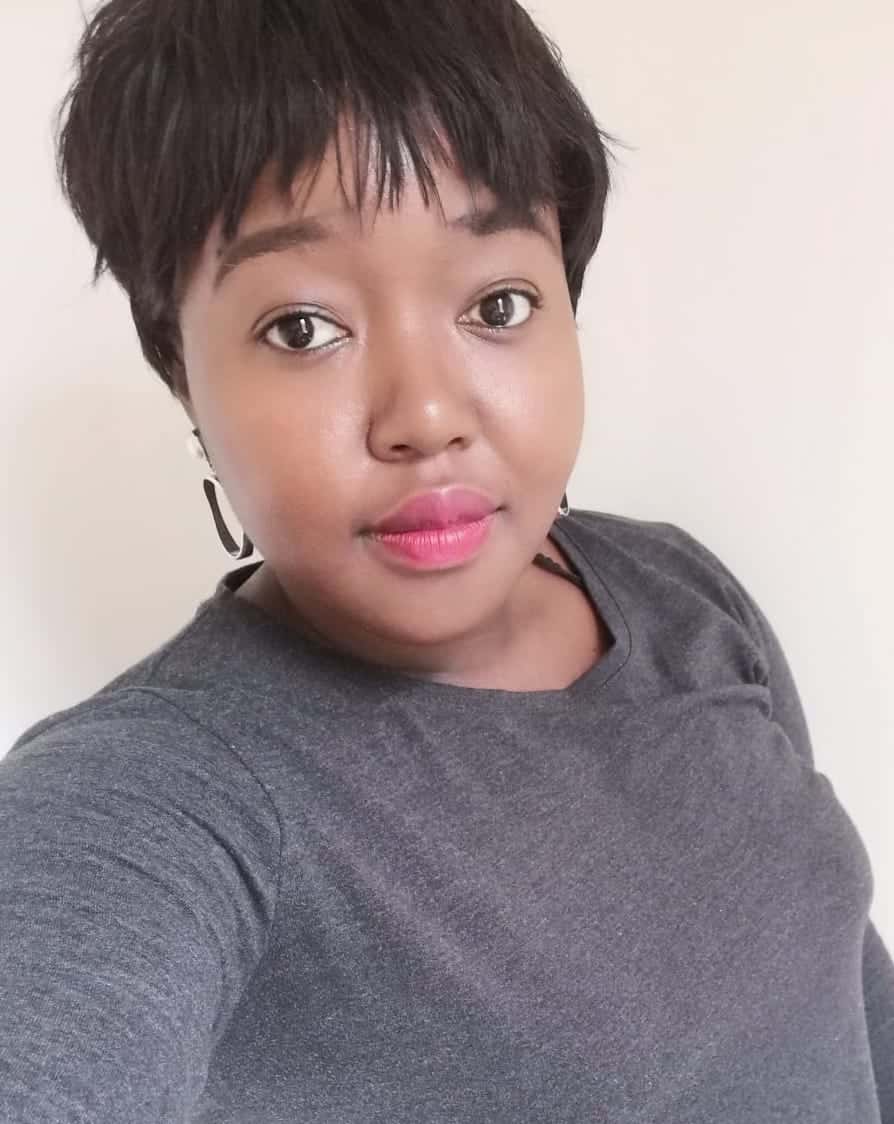 Prudence is a young Zimbabwean woman currently residing in the UK. She is a public health practitioner working in the areas of Health Improvement for an executive agency of the Department of Health and Social Care. She is also a mentor on an ongoing local council project that aims to prepare young people with learning disabilities take on employment roles in society. Additionally, she is an advisor for a charity organization named World of Hope, whose vision is to empower young people to be youth ambassadors that will become quality leaders of tomorrow,
She holds a BSc in Human Biology, an MSc in Public Health, a NCFE Level 2 Mentoring and various certificates in Health and Wellbeing, Population Health and Community Health courses. She has completed a combined specialiazation in Project Management and Planning, Business Strategy and Strategic Leadership and Management. She is passionate about equality and representation in academia and therefore is interested in aiding fellow minorities to find the right funding to pursue their academia goals.

Malawian born Anne is a hardworking and enthusiastic individual currently residing in South Africa. She has completed her MSc in Agricultural Science from the University of KwaZulu Natal, where she majored in crop science. After graduation, she hopes to pursue her Ph.D. Her experience as a university teaching assistant led her to start her own tutoring service, To the Top! Tutors. Anne was the first female International Student Association President on her campus in 2018/2019, which demonstrates her leadership abilities. Anne is also a 2019/2020 fellow of Black Women in Science (BWIS) in South Africa. BWIS allowed her to start blogging about her experience of being a woman in STEM. She hopes to become a major contributor to the world of science communication. Her dream is to inspire young people, especially girls, to get involved in STEM as it can be a door to so many wonderful opportunities.