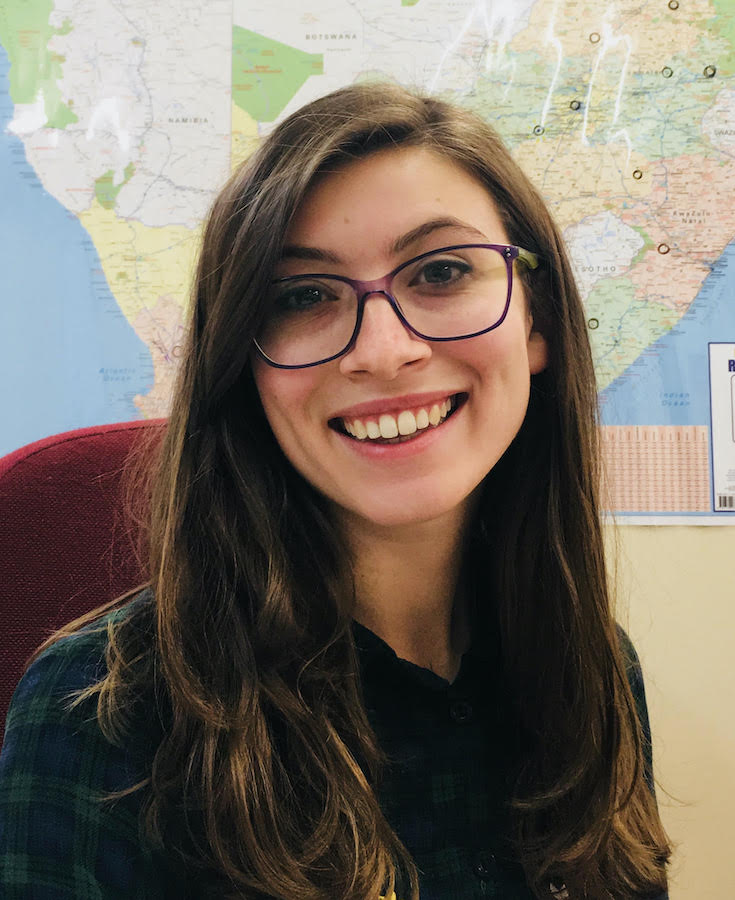 I never know how to answer this one! I am a South African, born of two South African parents in Lincoln, United Kingdom. We moved back to South Africa when I was six years old. As a white South African, I often get the idea that I’m not regarded as truly African, but I have never considered referring to myself as European. In my heart, I am African through and through and it's important to me that people realise that.

I started my studies in 2013 at the University of Pretoria in South Africa. Initially, I wanted to major in genetics, but within a year, I switched to zoology. Eventually, I majored in zoology and entomology. Furthering my love for tiny things, I completed an Honours degree in entomology at the University of Pretoria in 2016. My research focused on the chemical ecology of dung beetles. After my Honours, I decided that it was time for a change and I enrolled for a Master's at the North-West University in Potchefstroom, South Africa. My project, supervised by Prof Louis du Preez, centered on the many parasites of the African Clawed Frog, Xenopus laevis. The project grew and grew and quickly morphed into something way too complicated for an MSc. In 2019 my MSc was upgraded to a PhD. Throughout my undergraduate and postgraduate science studies, I have also dabbled in the languages – I completed three modules in English, two in Sepedi, three in French and I have even taken a course in philosophy!

I am a full-time PhD student, but I have also been an interpreter at the university for the past three years. I interpret undergraduate zoology modules from Afrikaans to English in real-time, in accordance with the multi-lingual language policy of my institution.

Most people have a poignant answer to this, usually involving some role model, but I’m afraid that I have to disappoint. I chose my field of study through the light-hearted process of elimination. I basically eliminated all the fields that I wasn't interested in and biology and languages were the two that remained. I then decided to study biology full-time, but to supplement my studies with language courses.

Firstly, I sometimes feel very frustrated by the lack of resources and insulated because we don't have that many international students or collaborators at our university. I don't know if this is a uniquely African problem.

Secondly, my culture, like many African cultures, is still very traditional, with traditional gender roles for women and more conservative views on evolution and other concepts in biology. I wouldn't say that it holds me back, but it is hard that your society doesn't regard your work as important or necessary. Personally, I have a hard time reconciling my career and my society's expectations of me as a woman – to be a wife and mother. I also find it difficult to chat about my work at gatherings of friends or family. You never know when you might say something that can spark an argument.

On the African continent nothing comes easy, so we learn a strong work ethic from a young age. This has definitely helped me to excel. In addition, I think that Africans in general are remarkably resilient and creative, like a shrub in a desert that thrives against all odds.

Another thing that has helped my academic journey along would be the amazing biodiversity in Africa and the opportunity to find new things even as a junior postgraduate student, since much of the previous work has focused to the global north. My people, the Afrikaners, live very close to the land. We are not called Boers (farmers) for nothing. I feel as if my academic work is a chance to share this natural heritage that I cherish so much with the world.

There is a tonne of work to be done in the global south and we as Africans have the local knowledge, local connections and passion to make that happen. People need to realise that African research, by Africans, for the world, is the only way to close the knowledge gap between the global north and south. This is why we need to take our African excellence to the world – do postdocs overseas, collaborate with other universities and present at international forums.

Work hard, read widely, join Twitter, equip yourself with unique skills, find your niche – this can be done anywhere in the world, also in Africa. Define your own version of success and pull others up along with you.

I have a blog! It's my little side project and although I don't give it the attention it deserves (a PhD takes time!!), I hope that it can be a platform where people can watch an African woman doing science.