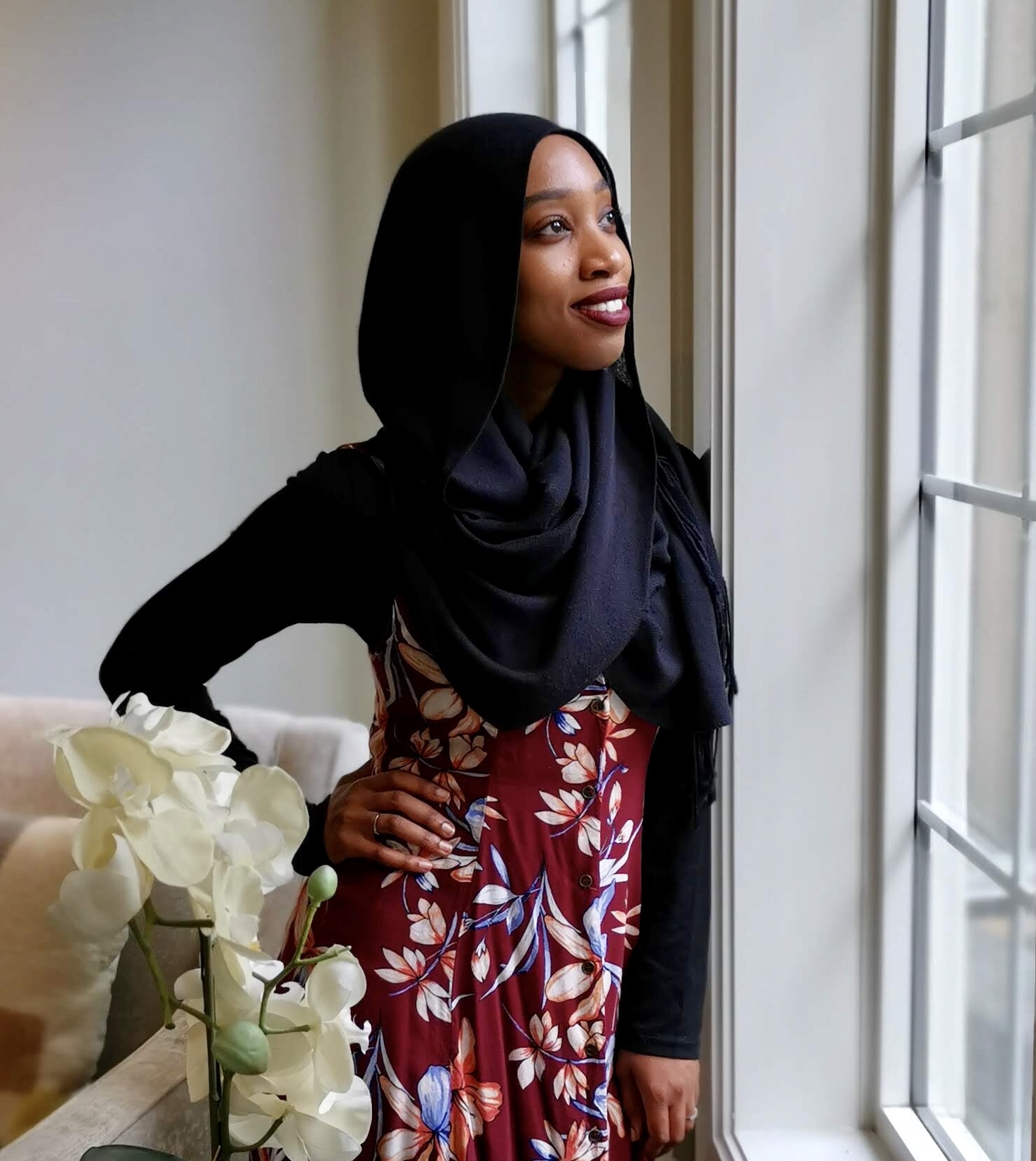 American born, daughter of East African parents. I identify as Black, African-American, and Swahili. My parents were both born in Uganda, my father in Mbarara and my mother in Jinja.

BA Hons in Psychology from Boston University (BU), PhD in Neuroscience from the University of British Columbia (UBC).

I just started a post-doctoral fellowship at the UK Dementia Research Institute (The University of Edinburgh), where I’ll be using in vivo techniques and molecular biology to describe healthy and injured blood vessels within the brain. I just completed my PhD a few months ago, which focused on traumatic brain injury (TBI), and honed in on the behavioural and neuropathological consequences of head injury.

I’ve always loved STEM, but there were a few stellar individuals, teachers, and professors that encouraged me to pursue a STEM career. Dr Mae Jemison was one of the early players; my little mind was blown when I saw her photo for the first time. I thought, someone like me has been to space! My teachers in primary and secondary school, though too many to list out by name, were also inspirational. Dr Peter Bolton, my first-year biology professor from Richmond: the American International University in London, made learning about the human body thrilling, and Dr Paul Lipton, my Neuroscience 101 professor after I transferred to BU, opened my eyes to the universe of the brain and I’ve been in pursuit of learning about the brain ever since.

A general lack of representation – in the 4years I was at UBC, I cannot recall meeting a single person in my program who was also black/African. It sucked. In my lab, there was one other Black girl (though she was in a different program); when she left, I very quickly felt tokenised.

My background has afforded me a vantage point that my peers don’t always have. I think about how our work – which is likely to have clinical implications – affects everyone, not just the affluent and the privileged (who often have better access to healthcare), but also individuals who may not have easy access to healthcare, or trust the healthcare system for valid reasons. I also like the instant camaraderie that comes out of meeting someone who looks like me (or even remotely like me!) in any social or professional setting. It’s honestly magical.

Visibility is key here! Though we make up a smaller proportion of individuals in STEM, the ones that do exist need to be more well known. I always say, a whole generation of children dreamed of becoming astronauts only after we made it to the moon. Sometimes you need to see your face represented in spaces in order to dream about the possibility of entering those spaces.

Understand your history and savour the community mentality that a lot of us were taught to have and uphold. It can feel like an overwhelming burden, feeling like you carry a community on your shoulders, but realise that your successes feel so much bigger when you realise that you have an entire continent and diaspora cheering you on.

I do! In 2019, I founded a podcast called‘Her Royal Science’, which aims to profile and interview underrepresented minorities in STEM. I also started an offshoot of Her Royal Science for written media, called ‘The Monologues’. Though The Monologues is still in its infancy, I’m actively recruiting contributors who I hope will write about the lessons they have learned from their life experiences within or outside of STEM.