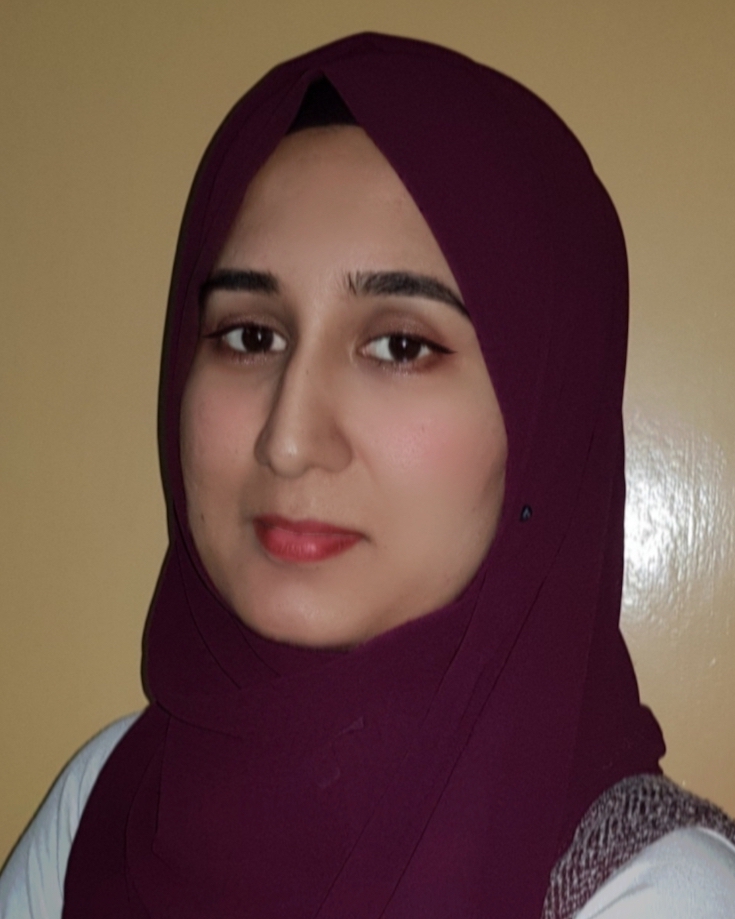 I was born in Mauritius, a small island nation found along the South Eastern coast of Africa.

I earned a First Class undergraduate degree in Chemistry from the University of Mauritius following which I was awarded an MPhil/PhD fellowship by the Higher Education Commission (HEC) of Mauritius. I successfully completed my PhD in the field of Polymers and Biomaterials in 2015 from the University of Mauritius. After my PhD, I was awarded a Georg Forster Postdoctoral Fellowship by the prestigious Alexander Von Humboldt Foundation, which allowed me to spend one year as a postdoctoral researcher in Germany. Noteworthy is the fact that I was the first Mauritian to be granted this German fellowship. I returned to Mauritius in 2017 and reintegrated into my home institution i.e. University of Mauritius through a Return Fellowship granted on a competitive basis by the Alexander Von Humboldt Foundation. In 2018, I was invited to join the African-German Network of Excellence in Science (AGNES) as a full Member. In March 2020, I was awarded as one of the 15 International Rising Talent (and first Mauritian IRT awardee) by the L’Oreal-UNESCO Foundation.

I am currently working as a Postdoctoral Researcher at the Biomaterials, Drug Delivery and Nanotechnology Unit, Centre for Biomedical and Biomaterials Research, University of Mauritius. My research is mainly focused on the valorization of local resources such as seaweeds through the development of new materials for biomedical applications. In particular, I am looking at the fabrication of biodegradable wound dressings which could be used to accelerate the healing process in diabetic wounds. Diabetes is a major problem in Mauritius where approximately 20% of the adult population suffer from Type 2 diabetes and a further 19% is pre-diabetic. Diabetes leads to several complications including diabetic foot ulcers (DFUs). The slow healing nature of DFUs increases the hospitalization time and often results in lower limb amputations, which in turn add significantly to the economic burden of our country. The issue with currently available wound dressings for DFUs is that they are very expensive and therefore not affordable to the majority of the local population. Therefore, my research aims at addressing a chronic national issue by designing affordable wound dressings using locally available resources for diabetic patients. I am also involved in the co-supervision of PhD students and I am currently lecturing on ‘Nanotechnology in Tissue Regeneration’. Apart from my research and teaching activities, I am also involved in various community outreach programmes to sensitize the general local population about research in nanotechnology and particularly to encourage young girls to pursue a career in STEM. In addition, in June 2020, I was selected as one of 10 scientists worldwide by the Alexander Von Humboldt foundation to participate in the first ever ‘Communication Lab between Research and Media’. I was paired with a journalist and together we worked on a radio feature on my current research on diabetic wounds.

My interest in science started at a very early age. Every year during school holidays, my parents would take me and my brother on fun nature walks, garden visits or camping on the small neighboring islands around Mauritius. I still remember how fascinated I was during one of our encounters with nature, when the leaflets on each side of the Mimosa plant folded up one after the other like dominoes when I touched them. As a kid, I was so amazed by nature. Seeing my interest in natural processes and nature in general, my parents always bought me books on these subjects, further fueling my passion for scientific knowledge. As I grew older (when I was in secondary school), I developed an interest in the biology and medicine, particularly because my father used to work as a nursing officer in the health sector. Many relatives and acquaintances used to ask my father for advice or for more information regarding medical issues. This triggered my interest and curiosity for the medical field primarily because I realized that scientific knowledge could be used and applied to help people understand health related issues and also to improve their health. At this point, I wanted to be a medical doctor. But due to its hectic nature, and because the job market was already saturated in Mauritius, I decided to pursue further studies in physical sciences, earning an undergraduate degree in Chemistry and a Ph.D. in Polymers/Biomaterials from the University of Mauritius. My passion for scientific research sparked during my undergrad studies and was further fueled during my Doctoral degree and Postdoctoral fellowship. In fact, my PhD research focused mainly on answering basic fundamental scientific questions while my Postdoctoral research was primarily geared towards application of the know-how/ experience acquired. Research provided answers to my scientific questions and it was also a way of helping the society at large either directly by improving living conditions or indirectly by contributing to knowledge advancement. My career choice in the academic field allows me to combine my two major passions: scientific research and medicine.

The general public’s lack of trust in science and fears around clinical trials. Unfortunately, most people do not realize the crucial role that science plays in dealing with many of the problems faced by our societies. Most of them are unaware of the processes behind getting any scientific discovery on the market. For instance, in the case of a medical/pharmaceutical product, there are a lot of mandatory laboratory tests which need to be conducted followed by investigations using animal models. This is followed by different phases of human clinical trials. I found that it is extremely difficult to convince people to participate in clinical trials locally due to general public perception and the stigma of “I don’t want to be a guinea pig”. There is an urgent need to demystify common fears around clinical trials especially in Africa and to make the public realize that even if the brightest minds are at work with the best available equipment, there is no way for better technologies/products unless they are tested on humans.

I have an amazing and incredibly supportive family. My parents always pushed me towards excellence in everything I did. They instilled good work ethics in me and I learnt from a very young age that proper planning and organization is key to achieving everything and that success never comes without failures. All together, these invaluable life lessons helped me shape my academic career, kept me determined through the years and allowed me to face all the challenges that science brings about on a daily basis.

Personally, having good role models helped me define my career path and kept me going through the difficult and challenging academic environment. Therefore, I believe that it is really important for youngsters especially females to have role models. I believe the way forward is through mentoring and communication. Hearing about the career paths of women who have managed to make it through the male dominated area of science is very often inspiring and encouraging to young female students. When you have finished your undergraduate degree, and are looking at different career options, males will see clear paths (industry or academia) and they will definitely know someone who chose each of the two paths. However, the picture is foggy for females and they have many unanswered questions. Therefore, female role models and mentors are critical to encourage young girls to pursue careers in science and to promote professional development. This is why I am actively involved in communicating science and my journey as a Mauritian female scientist to young secondary school students. I personally experienced secondary female students as teenagers who are unsure about their career paths because they do not know anyone who has done it before. But when I share my academic path with them, they are more confident that they can also do it!

So, to all young aspiring African’s in STEM: dream big, do not be limited and do not let yourself be defined by stereotypes and most importantly, never give up no matter how hard the situation may seem. And if you ever feel like giving up, think of why you started the journey in the first instance.